”China (the CCP) is seeking a comprehensive long-term strategy to become a leader in biotechnology, especially in the field of medical biotechnology,” the report writes. ”Biotechnology is included in strategic emerging industries, and it is also an industry designated by ‘Made in China 2025’ and ‘13th Five-Year Plan’.”check here

The ”Made in China 2025” policy has repeatedly referred to medical biotechnology as a strategic industry. In addition, the CCP’s 13th five-year bio-industry development plan also publicly refers to the extensive development of biotechnology, and set the goal of China to lead the global biomedical technology frontier by 2020. Genetic editing is naturally the focus of medical biotechnology, and has been receiving subsidies and support from the CCP’s industrial and technological policies. In the ”13th Five-Year National Science and Technology Innovation Plan” document, at least five times, the gene editor was mentioned and classified as ”the development of subversive technology leading the industrial change”, requiring relevant departments to ”pay attention to genetic editing”. 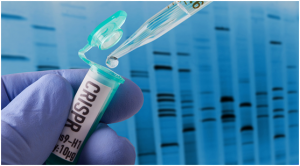 According to the published scientific literature statistics, China’s research in this field has been very active in recent years. At present, there are 52 studies on the use of CRISPR for improving crop traits. The number of published papers from China is twice that of the United States, accounting for 42% and 19% of the articles, respectively. However, if the scope of the literature search is expanded and keywords such as “plant engineering” and “CRISPR” are input, the proportion of total papers in China is roughly the same as that in the United States. In order to seize the future of biotechnology leadership, the CCP is using international resources to promote the development of China’s biotechnology industry. On the one hand, it aims to attract foreign investment and expand the scale of investment of Chinese biotechnology companies. check here On the other hand, it encourages Chinese biotech companies to go overseas, cooperate with American universities and research institutions, recruit researchers trained in the United States, acquire advanced technology, human medical and genetic data from the United States. To this end, the report recommends that CFIUS strengthen its review of Chinese-funded proposals for US biotechnology.

The cooperation between CCP and the United States attract attention

The report also mentioned that China has obtained the Clinical Laboratory Improvement Amendments of the United States, the certificate of the CLIA system, and has been appraised and accepted by the College of American Pathologists. It can participate in the US medical system and obtain medical and health data in the United States. In contrast, the Chinese (CCP) law prohibits China’s relevant data from being transmitted abroad, even if it is used for scientific purposes. At the same time, the CCP still has many laws that require the government to provide cooperation with biological companies on the grounds of national security. check here The US-China Economic Security Review Committee was established in 2001 by the US Congress to monitor the impact of US-China contacts on the US economy and security. The committee listens to experts from various industries every year and publishes various reports to evaluate US-China relations.