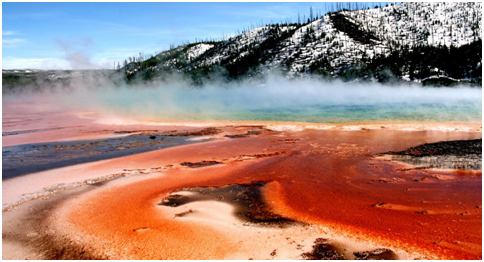 Many people don’t have the opportunity to visit the Antarctic to see the Scarlet Falls, but even seeing it on the photo will be shocked by its majesty: the blood waterfall is stained with the white Taylor Glacier. This place was discovered in 1911 by geographer Thomas Taylor, a member of a desperate Antarctic expedition. Since then, glaciologists and microbiologists have been exploring the mysteries that what led to the red current, at last they have concluded that the rich iron in the underground lakes causes the water to become red like blood. The latest research shows, the microbes what survived under 1300 foot of ice rely on iron and sulfur. This is the most amazing landscape of the Antarctic continent, and its region is also one of the most exotic areas of the Antarctic: McMurdo Dry Valley, which is the most like Martian area on the planet. The McMurdo Dry Valley is located west of McMurdo Bay in Antarctica and consists of a series of valleys. The reason why it is called dry valley is because it is very dry, there is no trace of water vapor in the air, and there has been no precipitation for more than 2 million years. This area is the most severe desert on the planet, and it is the only place in the Antarctic that is not covered by snow. 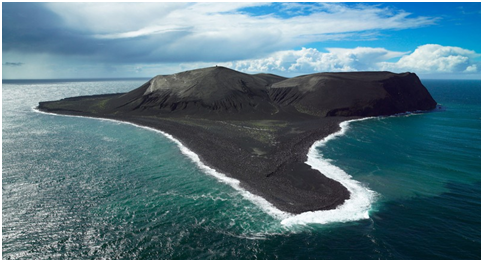 When someone insists that there is nothing new on the planet, let them go to the Surtsey in Iceland. Before 1963, it did not exist. After that, an underwater volcano erupted on Westerman Island. When the volcanic activity ceased in 1967, a small island appeared. Surtsey is only one square mile (about 258 hectares) at the time, but the constant erosion of wind and water has reduced its area by half. Surtsey is a volcanic island off the coast of Iceland and the southernmost place of Iceland. For protect this island, the Icelandic government bans visitors entering Surtsey, allowing only marine biologists, geologists, botanists and other scientists to conduct research. Now, scientists must carefully check the soles before going to the island to confirm that they have not brought new species to the island. Always keep the earth’s new ecosystem free of pollution. The world is full of wonders, everyone of us has the curiosity, for that reason we can explore this unknown world.