The Canadian government and people have always paid close attention to world peace. The Canadian army not only fought on the battlefields of the World War, but also was the main force of the UN peacekeeping forces during and after the Cold War. After World War II, Canada’s industry has grown considerably. In 1947, the rich oil resources of Alberta and other provinces were mined. In 1959, the opening of the St. Lawrence Seaway stimulated the growth of the Canadian economy. At the same time, the flow of immigrants from all over the world has caused a surge in the population of Canada, and modern cities have emerged. The high-rise buildings and the quiet and pleasant suburbs together weave a picture of a modern city.

What is worth mentioning in Canadian history is the history of the Chinese. According to legend, during the Wei, Jin and Southern and Northern Dynasties, Chinese monks once landed in Canada, but the real large-scale Chinese enrollment began in the mid-19th century. Thousands of poor peasants along the coast of southern China traveled across the sea and went north to San Francisco to make a living in Canada. The life of early Canadian Chinese was full of bitterness and tears. They did the hardest and most tired work, but they could not get the same salaries as other immigrants. Not only do they not enjoy political rights, they are also subject to heavy taxes. In recent decades, with the gradual establishment of Canada’s multiculturalism policy, the history of discrimination Chinese has completely ended. 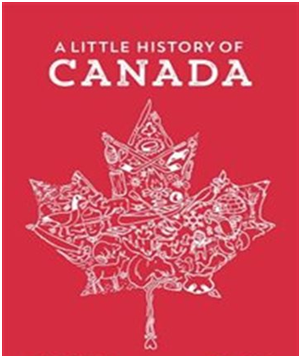 For a country with a vast land and sparsely populated country like Canada, immigration is the fulcrum of its economic development. Assimilation and exclusion policies have been denied by Canadian history. After the 1970s, international economic competition intensified. To maintain its economic strength, Canada can only govern the country with a policy that enables immigrants of all skin colors, including ancient Indian immigrants, to live and work in peace. Canada’s national policy, the multicultural policy and immigration policy, was introduced in this context. This policy has not changed for more than 20 years. Every year, new immigrants join in Canada, and more than 20 cultures are harmoniously coexisting on Canadian soil. The number of Chinese immigrants from Hong Kong, Macao, Taiwan and the mainland has also increased significantly. Many Chinese regard Canada as the best choice for overseas development.

As a young nation that only experienced more than 100 years, it has a big development space. We can be convinced that, taking history as a guide, Canada will surely remember this path and continue to use a multiculturalism policy to create a more free, democratic and powerful country. After the war, the Canadian economy developed rapidly. In 1970, Canada’s GDP by population average ranked third in the world. Since 1976, Canada has participated in economic summits held in Western countries and has become one of the seven largest countries in the West. On April 17, Queen Elizabeth II, the leader of the Commonwealth, signed the new 1982 Constitution Act in Ottawa, replacing the North American Act. On October 13, 1970, Canada established diplomatic relations with China.