Machu Picchu was thought to have been established by the Inca ruler Pachacuti around 1440 and was inhabited until 1532 when Spain conquered Peru.

Archaeological findings show that Machu Picchu is not an ordinary city, but a rural retreat of the Inca nobility (similar to the Roman estate). Around the courtyard there is a huge palace and a temple dedicated to the Inca gods, as well as other houses for maintenance personnel. It is estimated that the number of people living in Machu Picchu does not exceed 750 at the peak, and even less in the rainy season without aristocratic visits. The Inca Kingdom chose to establish a city here, probably due to its unique geographical and geological features. The Incas believed that it was not necessary to cut stones from the ground, so look for scattered stones from around to build the city. Some stone buildings are not used with stucco. They are completely finished by precise cutting and stacking. The gap between the stone walls is less than 1mm wide. 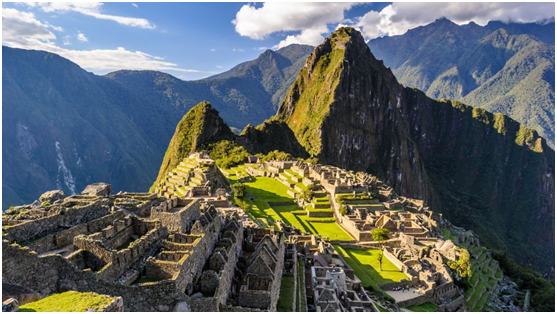 In 2003, some 400,000 people visited Machu Picchu, and UNESCO expressed concern about the damage caused by large-scale tourism. The Peruvian authorities insist that this is not a problem, and the remoteness of the site will naturally limit the tourism industry. There are constant suggestions to build a cable car at the site, but it has not been approved so far.

The Incas called themselves “the descendants of the sun.” They regarded the sun as a “burning fire eagle” and eager to use the “the stone that bolt the sun” to keep the bright and warm sun forever in the sky. To this day, the worship of the sun is still circulating in the Inca folk. Buildings about the sun worship in this ancient city are also everywhere.

5.Giza Pyramids and sphinx in India

Giza pyramids, the tower body slope is 51°52′, the surface of the original layer of polished limestone veneer has been peeled off, the entrance is 17 meters high in the north, the ramp between the Queen’s tomb and the Pharaoh’s tomb is 8.5 meters high and 2.1 meters wide. The Pharaoh’s tomb has two pipes leading to the outside of the tower. There are stone plaques in the room, and the underground chambers may be where funerary objects are stored. 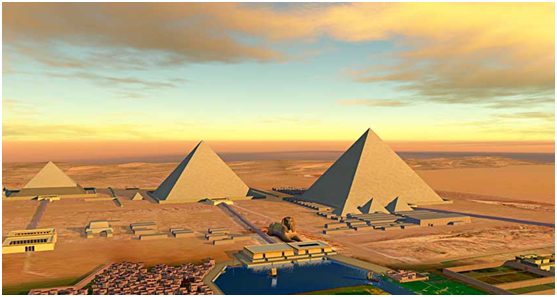 This gray-white artificial mountain, set against the backdrop of the blue sky, stands on the endless yellow desert and is the crystallization of the labor and wisdom of millions of slaves under extremely primitive conditions. As the mausoleum of the royal family, its organizational form reflects the Egyptians’ belief in the rebirth of later generations. The pyramids are oriented towards some important fixed points, each of which is nearly equilateral triangle, and its group layout reflects the pattern of the stars in the sky. And Pyramid of Khufu is the biggest one among them, it was dried building by 2.3 millions bones which average weight is 2.5 ton.