China and Antarctica: China’s first scientific expedition to Antarctica and the Southern Ocean began in November 1984. This time the Antarctic expedition to form a team of nearly 600 people. From Shanghai, crossed the vast Pacific Ocean and advanced into the George Islander of the South Shetland Islands in Antarctica. Then, the formation team was divided into two roads. The Antarctic expedition team built a station and conducted a polar expedition in Antarctica with the full assistance of J121. After an arduous struggle, the Antarctic expedition built the Great Wall Station of China’s first Antarctic research station on George Island on February 15, 1985. At the same time as the construction of the station, the polar scientific investigation was carried out, mainly in the fields of geology, geomorphology, biology, meteorology, surveying and mapping, geophysics, marine environment and high-altitude atmospheric physics. The probe recorded 60 hours of cosmic atmosphere “whistle”; the earthquake recorded 18 seismic signals in the Antarctic Peninsula and obtained a number of valuable specimens, samples, data and information. 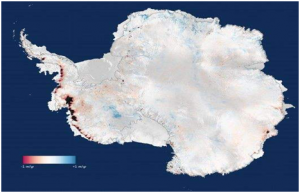 The sea area covered by the Southern Ocean has a span of 7 latitudes from north to south and 14 longitudes from east to west. The projects under investigation include 6 disciplines including marine biology, meteorology, chemistry, geology and geophysics, and 23 projects. The Southern Ocean expedition completed a comprehensive survey of multidisciplinary and multi-projects in the 100,000-square-kilometer sea area, and obtained tens of thousands of data, samples and data. The Antarctic expedition team withdrew from the Antarctic on February 28, 1985 and returned to the motherland on April 10. China’s first scientific investigation of Antarctica and the Southern Ocean, from sailing to returning to China, lasted 142 days and traveled at 48,955 kilometers. It was an unprecedented feat in the history of Chinese scientific investigation click here It marks that China’s polar expedition has entered a new stage, making China one of the world’s Antarctic expeditions.

The Antarctic is the only continent on earth that has not been inhabited yet, because this place has a temperature of -80°C to – 60°C all year round, and there are often blizzards with winds of up to 12 levels raging on this continent. Despite this, some tenacious animals have chosen this desolate continent to survive for generations. The extreme light illuminates the winter sky. Antarctica is waking up from the winter. This is the coldest and windy place in the world. The temperature is still hovering at a horrible minus 50 degrees Celsius, and the sun’s rays that have just recovered are hardly warm. Few animals can tolerate such an extremely harsh environment.